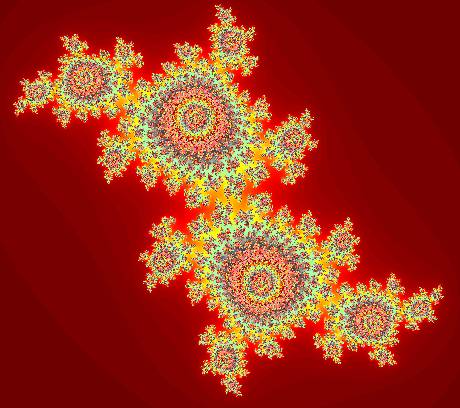 How we pay for health care in this country is complex and distracting. I would like to describe a part of the picture here in Idaho. Don’t let it distract you.

Idaho requires counties to pay for healthcare costs for people who cannot pay their medical bills. Many states do this. A few years ago it became obvious that one car wreck and a paralyzed driver in a small county could threaten their budget. A reinsurance plan was proposed, so the state would cover any costs over $10,000 for each county. Thus the Catastrophic Insurance Fund was formed. The level has since been raised to $11,000, but the principle is the same. Any amount over the limit is passed from the county to the state.

I ask you to pause for a minute and think about whom this benefits. A person with no insurance in a car wreck or having a heart attack shows up at the hospital and they are cared for. I have never seen a person denied appropriate care based on their ability to pay. Maybe they are 50 years old, not on Medicare or Medicaid, live in a single-wide, drive an old Ford pickup, and sell fire wood for a living. No health insurance. They get care and the county hospital and the referring hospital (since they probably get shipped by helicopter or ambulance) have performed services. The bill is sitting on the table. Who should pay, how much, and for what? Well, our laws say the county, but our laws aren’t clear on how much should be paid. We on the Catastrophic Fund Board (CAT Board) struggle with this monthly.

Last session we needed legislation to allow the state Catastrophic Fund to use mechanisms to control costs. Hospitals submit bills to the county(and the State CAT Fund) for the care provided at full cost. Now we can pay at Medicaid rates, thus reducing the payment to hospitals by half. A Republican Senator sponsored the bill and I rose to support it. After it passed he came up to me to suggest I consider a position on the CAT Board. I got appointed. So I serve.

Back to the issue of who benefits from this money. The hospitals have provided the service, now they want payment. If the county or the state doesn’t pay the cost will be shifted to the insured. Somebody will pay. What kind of payment is appropriate? Was the care appropriate? If it wasn’t, should the state taxpayer pay? We are trying to pressure the hospitals and doctors to provide appropriate care. But after care is provided is not the time to influence behavior.  And our leverage is weak.

Each month we Board members receive 100 or more cases to review. I study them as best I can. For example, last June we go two cases of appendectomies, one cost $12,000 and the other $40,000. Now, as a physician I know that complications occur. But is $12,000 an appropriate charge? Is $40,000 excessive? How are we as a society going to control these costs?

Every month I study the cases. One was a 19-year-old man injured in a bull-riding contest. He was paralyzed from the neck down. Wouldn’t you think rodeo cowboys should have insurance? Or is this system good enough?  The most common claim is a fifty-year-old with cancer. If we were all in the pool of insured wouldn’t we better able to manage these costs? But our state is currently arguing over whether we can offer an insurance exchange which would make shopping for insurance easier. Some argue even this level of support for getting more folks into the pool of insured is too much.

As best I can figure, in 2010 the state of Idaho paid $32 million from the general fund for indigent health care. All 44 counties paid (in claims under the $11,000 limit) $40 million themselves. Thus, as a state we see a $75+ million burden from the uninsured shifted on the taxpayer. We have no effective way to control these costs. We are throwing money at a problem that will keep taking our savings and not adding value to our society. We have to do this differently. We need to have a system that can manage costs. We could do this in Idaho.  We should not be distracted by the complexity. And an insurance exchange could help.

A Family physician, former county coroner and former Idaho State Senator
View all posts by ddxdx →
This entry was posted in Uncategorized. Bookmark the permalink.